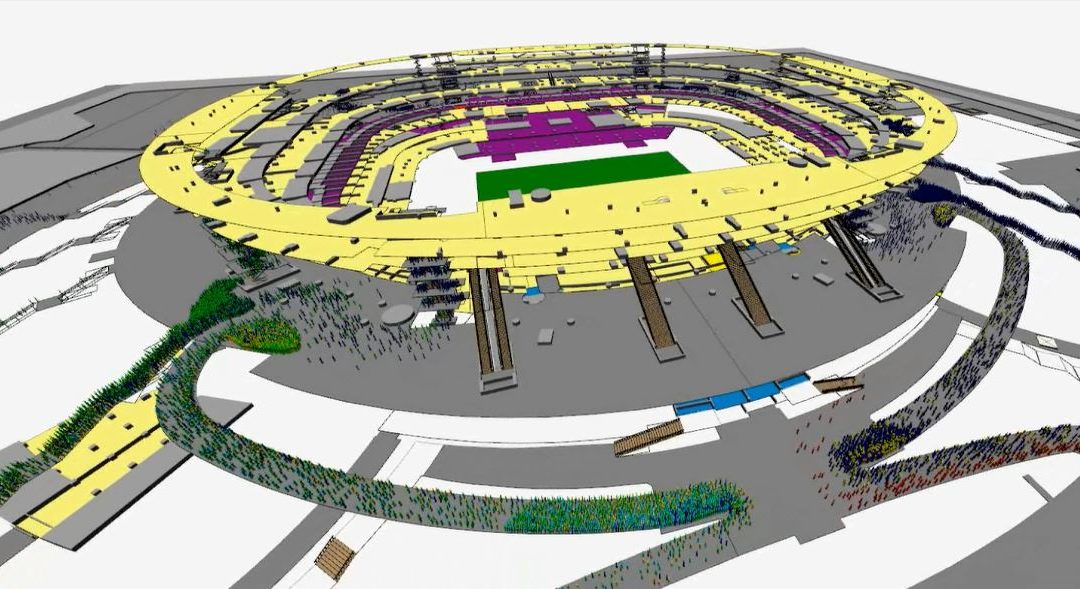 INCONTROL’s Pedestrian Dynamics was used for the pedestriand modelling of the new Zenit St. Petersburg stadium in Russia for the 2018 FIFA World Cup. The software was used for a simulation study of pedestrian flows for the new Zenit Stadium in St. Petersburg, one of the main stadiums during the 2018 FIFA World Cup. The simulation study examines the safety of visitors during events and evacuations.

In addition to the safety and security of the visitors, the accessibility of the stadium is another important subject of the study. The current situation of vehicle flows, public transport lines, intersections, etc. will be modelled in the software to see if the current infrastructure is capable. When the current situation is not capable, the software can also be used to test different scenarios by adjusting the model.

Simulating pedestrian flows is not new but has gained ground the last few years. Most important reason is that safety and security of visitors has become one of the main issues during large scale events and during the construction of stadiums and other complex infrastructures. Simulation software gives insight into pedestrian flows and possible bottlenecks in the modelled situation.

INCONTROL is introduced in Russia by partner Amsterdam ArenA Advisory. Amsterdam ArenA Advisory shares knowledge by giving training throughout the world about subjects such as the development of new stadiums. The mixture of experience and technology ensures synergy between both parties and this resulted in the winning bid for the Russian tender.