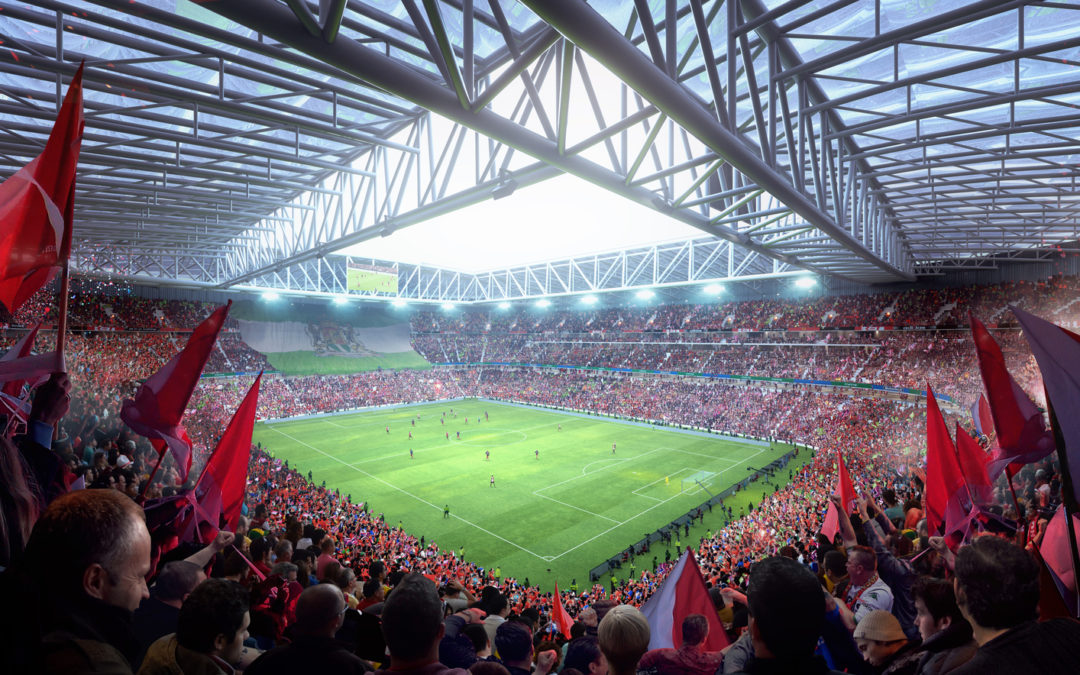 The for Feyenoord Rotterdam new to build soccer stadium is a crucial and vital component in the so called Feyenoord City area. Feyenoord City is a 1.5 Billion euro multi-year real estate development project including a 63,000 seats stadium located on the Nieuwe Maas river shore. In the Stadium sport events but also facilitate large music events will be organized. The opening is planned in 2024.

The New Stadium meets the requirements and needs of promotors, event organisers, the Dutch Football association KNVB and UEFA. Besides the results of the team, the engagement of fans, the new built stadium of Rotterdam Feyenoord will give the football club Feyenoord and the City of Rotterdam a tremendous boost.

INCONTROL’s software simulation platform provides predictive analytics for urban areas including sport venues, (public)transport, airports and harbor infrastructures. The simulation software is a crucial element during the preliminary design phase of the New Feyenoord City project. Today we are proud to announce that our software and services will be used in the final design stage of this prestigious project.

Joining the design team in September 2018, INCONTROL is part of the design team consisting of representatives of football club Feyenoord, the City of Rotterdam, the lead architect of OMA, the constructor, the safety engineers of DGMR and others.

Our simulation software and services are linked direct to the design process. INCONTROL generates predictive analytics and insights e.g. in crowd flows at critical parts of the new stadium design. Now the final design phase has started, the complete design of the New Feyenoord Stadium will be modeled and validated on ingress, egress and evacuation capacity with the simulation software. A simulated design captures the future customer experience, sport team facility, optimized operations, commercial goals and meeting safety and security rules.